On 7 November 2020, the Children (Equal Protection from Assault) (Scotland) Act 2019 which prohibits all corporal punishment of children came into force.

The Act was adopted on 3 October 2019 by the Scottish Parliament in a historic move which saw Scotland becoming the first nation in the United Kingdom to provide children with equal protection from assault. Wales followed suit in January 2020 when it adopted the Children (Abolition of Defence of Reasonable Punishment) (Wales) Act 2020.

Section 1 of the Children (Equal Protection from Assault) (Scotland) Act repeals section 51 of the Criminal Justice (Scotland) Act 2003 which provided for ‘justifiable assault’ and abolishes the common law defence of ‘reasonable chastisement’:

(1) The rule of law, that the physical punishment of a child in the exercise of a parental right or a right derived from having charge or care of the child is justifiable and is therefore not an assault, ceases to have effect. 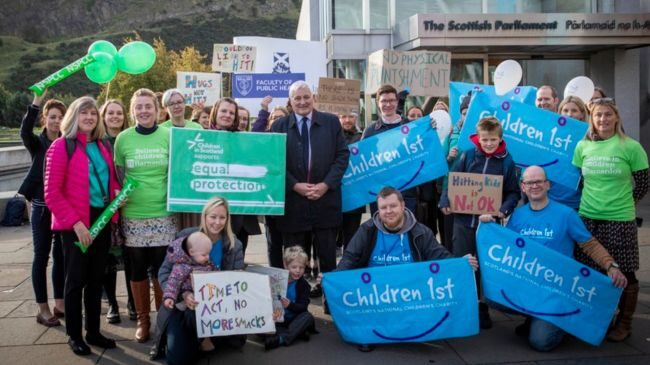 Section 2 of the Act puts a duty on Scottish Ministers to take measures to raise public awareness and understanding around the effects of the new legislation. With this clear and explicit repeal of the defence, criminal laws against assault will apply equally to children as they do to adults, providing children with protection from all corporal punishment in every setting of their lives.

Child rights activists in the United Kingdom continue to intensify their campaign so that the rest of the country can catch up with Scotland, Wales and 60 states worldwide and in turn enact legislation providing children with equal protection from assault.

Previous PostThe Global Initiative’s legacy to be taken forward by End Violence
Next PostEnd of year message: progress continues despite the huge challenges, but much more is needed