Ending corporal punishment is key to ending all violence against children (SDG16.2), reducing violence across the whole of society in the longer term and in working towards other Sustainable Development Goal (SDG) targets, including those related to health, education, violence against women and girls, equality and economic growth.

The annual UN High Level Political Forum on Sustainable Development provides a key opportunity for national and global actors to review progress and challenges in achieving the 2030 Agenda for Sustainable Development. The 2019 Forum, “Empowering people and ensuring inclusiveness and equality”, took place between 9-18 July and welcomed over 2,000 participants to the United Nations Headquarters in New York. It focused particularly on the Sustainable Development Goals outlined below:

Goal 10 Reduce inequality within and among countries

Goal 16 Promote peaceful and inclusive societies for sustainable development, provide access to justice for all and build effective, accountable and inclusive institutions at all levels 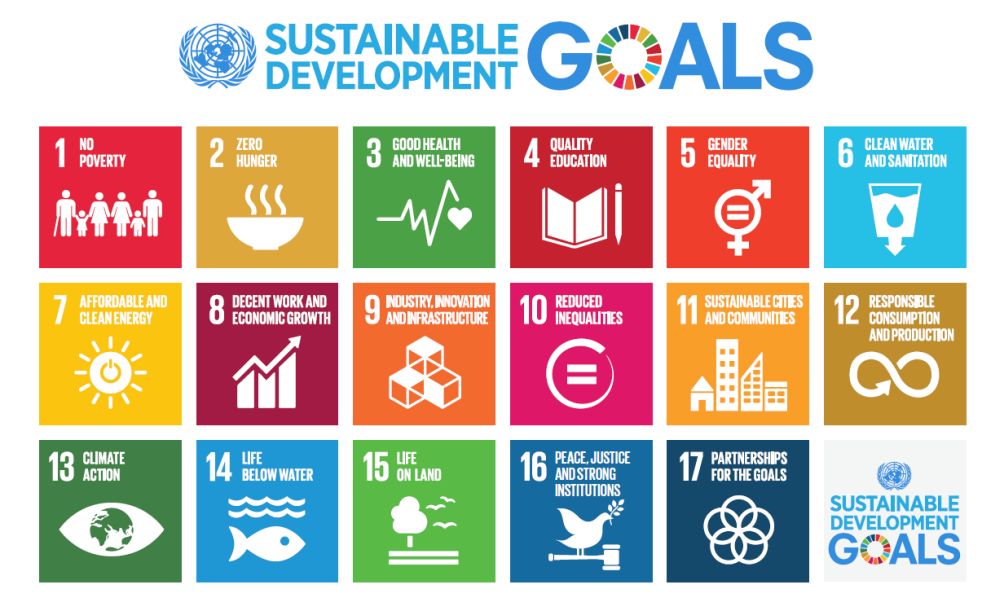 Our Director, Anna Henry, represented the CSO Forum to End Violence Against Children at the #SafeToLearn Leaders Event, where 17 members of the CSO Forum confirmed their commitment to use their influence at the grassroots level to advance Safe to Learn’s agenda, mission, and work to end violence.

On the same day, we launched our Schools Briefing, Teaching without violence: Prohibiting corporal punishment. This briefing highlights the states where corporal punishment remains lawful in some or all schools, sets out the key elements of making prohibition a reality, and showcases programmes by our partners around the world seeking to end violence in schools.

Anna Henry (right), Director of the Global Initiative, represents the CSO Forum to End Violence Against Children at the Safe to Learn event 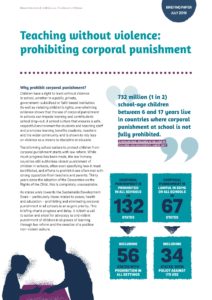 Other key resources and events at the HLPF included:

ChildFund Alliance launched a mechanism that will enable children to hold decision-makers accountable to their goal to eradicate all forms of violence against children under SDG 16.2. During the launch, a panel of young people described how they have been working with ChildFund to use the accountability tool to raise issues  with policy makers including their experience of corporal punishment.

World Vision launched Small Cracks, Big Gaps, urgently calling for more comprehensive action to tackle  violence against children . Speakers at the event included Minister Yoriko Suzuki from the Mission of Japan, who restated their commitment to tackling  the issue of corporal punishment.

The Justice for Children initiative, including the University of Strathclyde, Defence for Children International and Terre des Homme launched a Call to Action setting out  ten critical challenges that highlight the realities of justice for children internationally, to inform the next steps for the implementation of the UN Sustainable Development Goal 16

Two young speakers asked assembled governments to work towards ending violence in schools and for more consultation with young people at a thematic session on working towards achieving Goal 16. Guest speakers from:

A strong message came through that SDG16 is an ‘enabler’ goal that will influence progress on other UN goals.

Side event – Leave no child behind

UNICEF launched the ‘Roadmap of SDG’s Indonesia’. 'The roadmap defines issues and projections of main SDGs indicators in each goal, including its forward-looking policies to achieve such targets.’

A handbook on strengthening accountability to the SDGs for civil society, including using the human rights mechanisms such as international treaties, and the Universal Periodic Review to hold governments to account on the SDGs

The UN Special Representative of the Secretary-General on Violence against Children, Dr. Najat Maalla M’jid launched Keeping the Promise: Ending Violence Against Children by 2030. This report asks the key question: 'If the costs of inaction are so high and the solutions are known, why does violence against children continue to take place? What must we do to move better, faster and further in our urgent quest to bring it to an end?'

The launch event included participation from young people who raised concerns around the SDGs, including climate change, migration and child marriage.

The next High Level Political Forum will take place 7-16 July 2020. News and updates can be found here.