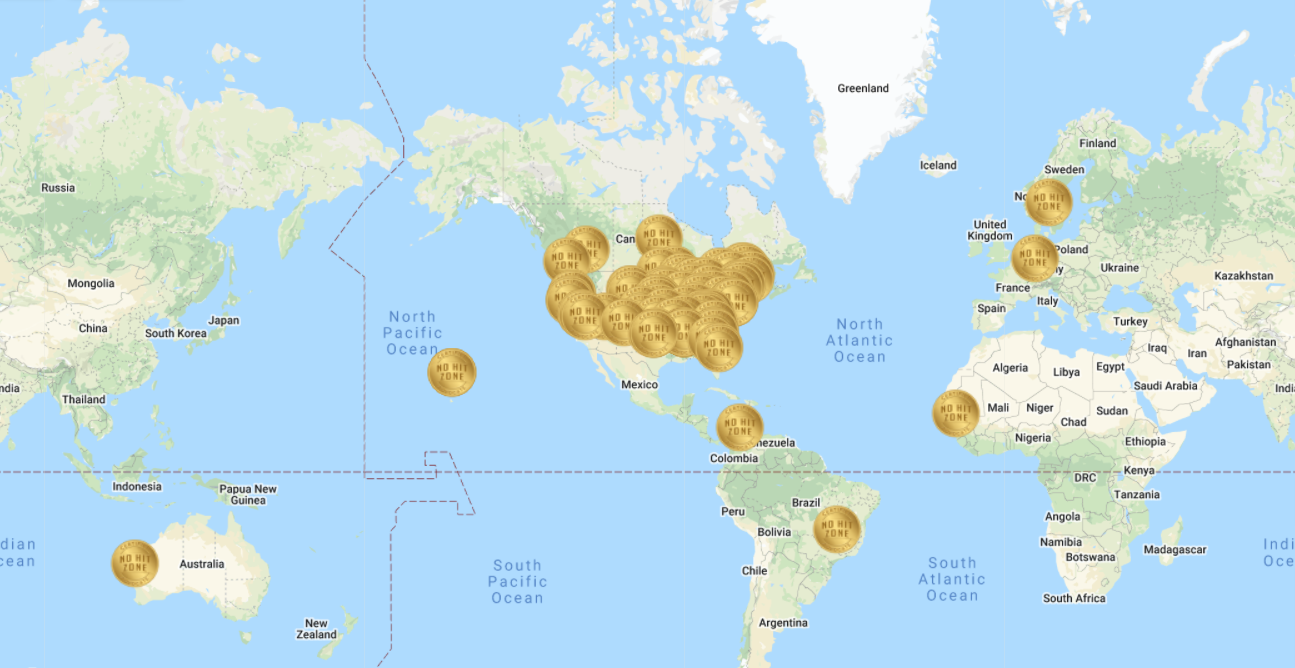 “…implementing the law is not only about responding to adults who violently punish children. It is also about transforming attitudes and practice so that physical punishment is no longer seen as acceptable in childrearing and education. It is about working towards a society where no assault on a child, however light, can conceivably be thought of as "reasonable". https://endcorporalpunishment.org/prohibition-to-elimination/

In this blog Professor Lucien Lombardo writes about No Hit Zones as an emerging, low-cost evidence-based strategy for the prevention of violence against children, and in particular corporal punishment.

Lucien is Professor Emeritus and Adjunct Professor in the Department of Sociology and Criminal Justice at Old Dominion University in Virginia, USA. 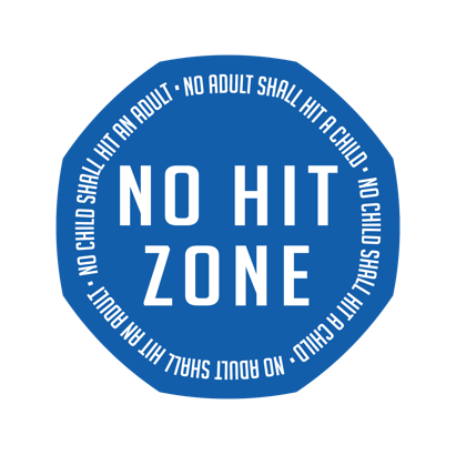 No Hit Zones are a low-cost, low-effort strategy for bringing about a transformation in attitudes and use of violent punishment on children in a particular location.

As of March 2022, 63 nations have full legal prohibition of corporal punishment of children and many nations are moving in that direction (See: https://endcorporalpunishment.org/countdown). Establishing No Hit Zones can supports these legal changes and those working toward legal prohibition, but they also offer a way of moving towards the elimination of corporal punishment in places where law reform is a long way off.

By designating a public or private space where hitting is unacceptable, No Hit Zones seek to prevent hitting and other corporal punishment and change the social norms that support it. Through education and training a No Hit Zone not only raises awareness of the negative impacts of hitting children, but also works directly to prevent hitting where it might happen. They help create a new normal where the adult’s right to hit a child does not apply, where hitting children is not an acceptable part of a caregiver’s role, where adults are supported to adopt non-violent methods, and where there is no social support for hitting or other violent punishment of children.

No Hit Zones can be established anywhere, in hospitals, schools, churches, homes, parks, stores, community centers, childcare facilities, and government offices. Individuals can become No Hit Zone Advocates, joining with others in sharing information about No Hit Zones and advocating for their establishment in the communities. 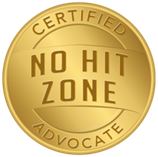 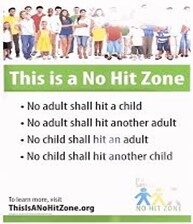 How do No Hit Zones work?

No Hit Zone signs are put up around the space communicating that there is no hitting in this location. Staff members, parents and caregivers learn conflict de-escalation and positive intervention techniques. They practice and model the new norm of ‘not hitting’, thus creating safe spaces for all children and adults.  A No Hit Zone changes the ‘bystander’ culture, so that staff armed with knowledge can intervene to prevent harm and provide education and support to everyone who interacts with and cares for children.

The No Hit Zone message also puts not hitting children on par with social expectations that adults not hit other adults, children not hit adults, and the adult admonishment that children should not hit other children!

It is often mistakenly assumed that hitting children cannot be restricted in areas where it is still lawful. However, many legal behaviors such as smoking are restricted in certain spaces for the health and safety of all. No Hit Zones work in a similar way, communicating that hitting children is not acceptable, increasing awareness of the harms, reducing the use of violent punishment, and increasing the use of alternative parenting strategies for the health and safety of all.

One advantage of No Hit Zones is they are voluntary and set up by those who control a space. You don’t have to wait for government legislation or regulation! Even if hitting children is not a problem in your space, becoming a No Hit Zone allows you to show support for non-violent childrearing and helps bring about a change in behaviour and norms.

The UN Convention on the Rights of the Child describes children’s rights to protection from violence including corporal punishment, and adults' responsibilities to raise awareness, educate and train those who interact with children. The Sustainable Development Goals also include commitments by all governments to end violence against children. No Hit Zones are an important strategy for achieving these goals and respecting children’s rights to physical integrity and dignity and protection from violence. No Hit Zones are also in line with the INSPIRE framework, in particular strategies aimed at changing norms and behaviour, creating safe environments, implementing laws and supporting parenting.

Becoming a No Hit Zone is simple!

At a minimum, you designate a physical space where 'No Hit Zone' signs are displayed. It is helpful to have a discussion with everyone involved in the space about becoming a No Hit Zone. In organizations this process can be supported by writing or adopting a commitment or policy statement, and providing staff training and educational materials to clients and staff.

A No Hit Zone can even be created in a home! Signs can be put up to remind everyone that not hitting is truly a ‘rule of the family’.

So far most No Hit Zones are in the United States of America, but there are a growing number around the world. You can register your No Hit Zone, or register as an advocate for No Hit Zones here: No Hit Zone | Healthy Kids • Safer Communities

The website also has a toolkit with sample policy statements, signs and training materials, and a forum for questions and answers.

Research has found that No Hit Zones are a promising strategy for reducing violence in children’s lives. Evidence suggests that they lead to changes in attitude, increase parent and staff skills in non-violent childcare and education, increase knowledge and awareness of the negative impacts of hitting children and the benefits of positive non-violent alternatives! Studies have also identified barriers to establishing No Hit Zones and provide solutions to overcoming these barriers. (See: https://nohitzone.com/research ).

If you have questions or are interested in establishing a No Hit Zone or becoming an advocate please contact us at: nohitzones@gmail.com . 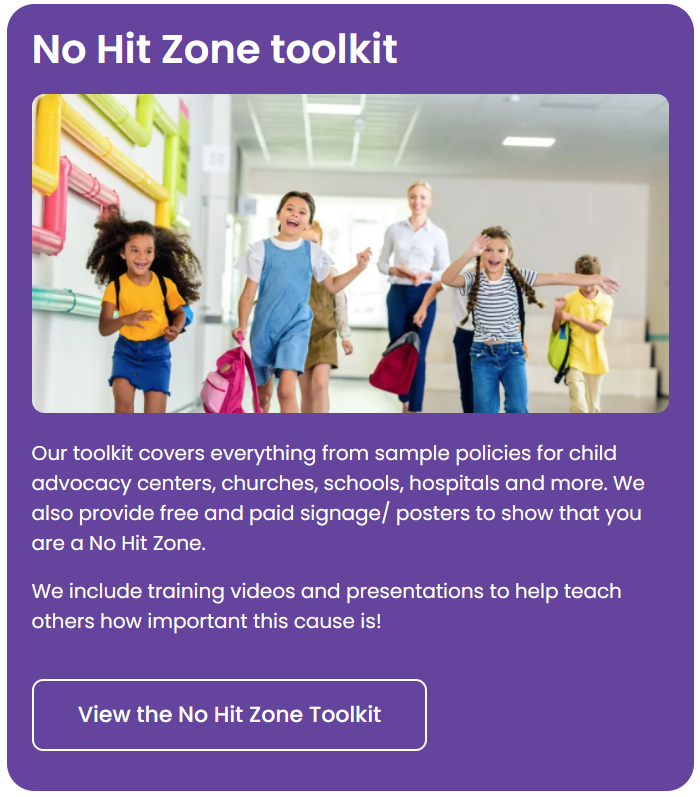