Head of Advocacy and Policy, Child Protection, Save the Children International 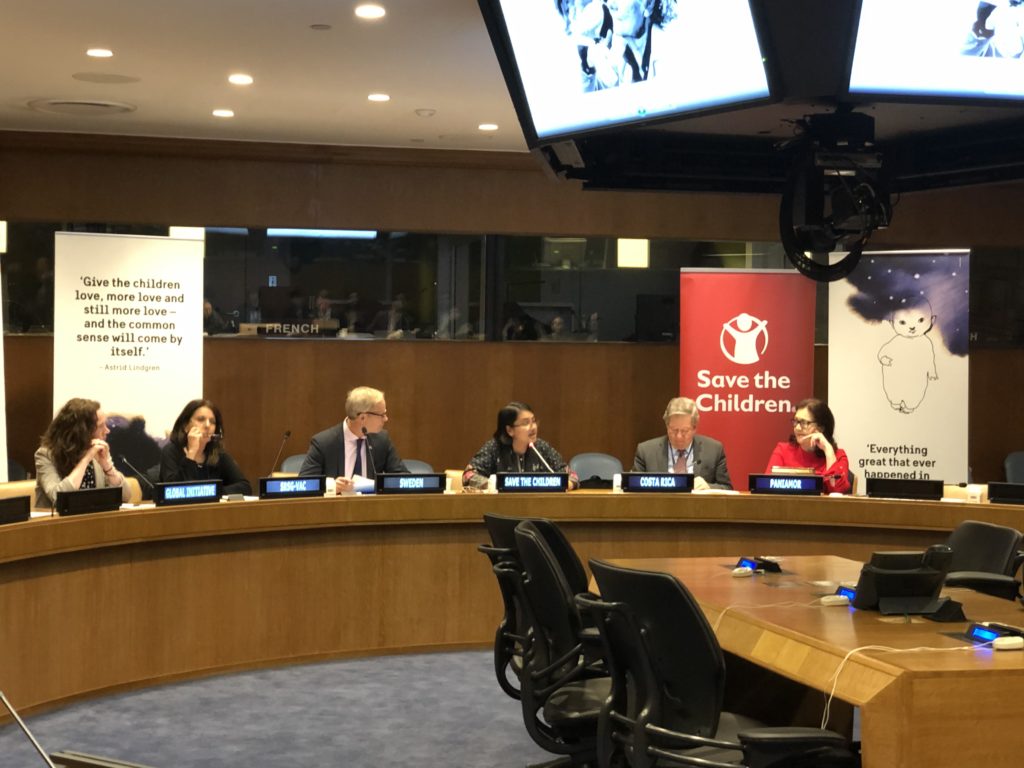 Photo credit: Save the Children International, 2019

A high-level interactive event “Raising Children without Violence is Possible: How Positive Discipline Leads to Change and Benefits Society” was organized at the United Nations Secretariat in New York on 15 October 2019, co-hosted by the Governments of Sweden and Costa Rica, the Swedish Institute and Save the Children.

Representatives of the United Nations, Member States (Sweden, Costa Rica, Bangladesh, El Salvador, India, Israel, Japan, Oman), civil society and academia attended the event. Opening remarks were made by Ambassador Olof Skoog, Permanent Representative of Sweden to the United Nations, who reflected on Sweden’s journey to ban Physical and Humiliating Punishment (PHP) of children in all settings 40 years ago, and how the law brought about positive changes in society.

The event was live streamed on UN Web TV and can be watched back below.