With the amendment of the Civil Act 1958 (Act No. 17095) and the repeal of article 915 which gave adults the “right to take disciplinary action” against children, Korea has achieved full prohibition of corporal punishment of children.

Article 915 of the Civil Act (“Right to Take Disciplinary Action”) stated: “The person of parental authority may, in order to protect or educate his or her child, take necessary disciplinary action against the child, and may entrust such child to a reformatory or correctional institution upon the approval of the court.”

With the repeal of article 915 of the Civil Act, there is no legal provision that can be interpreted as authorising the use of corporal punishment in childrearing. Article 5(2) the Child Welfare Act which provides that protectors (i.e. parents and other adults with parental authority) shall not “inflict physical pain or psychological pain, including violent language, on the children” (unofficial translation)- [1] therefore applies.

While announcing the amendment of the Civil Act, the Government[2] stated: 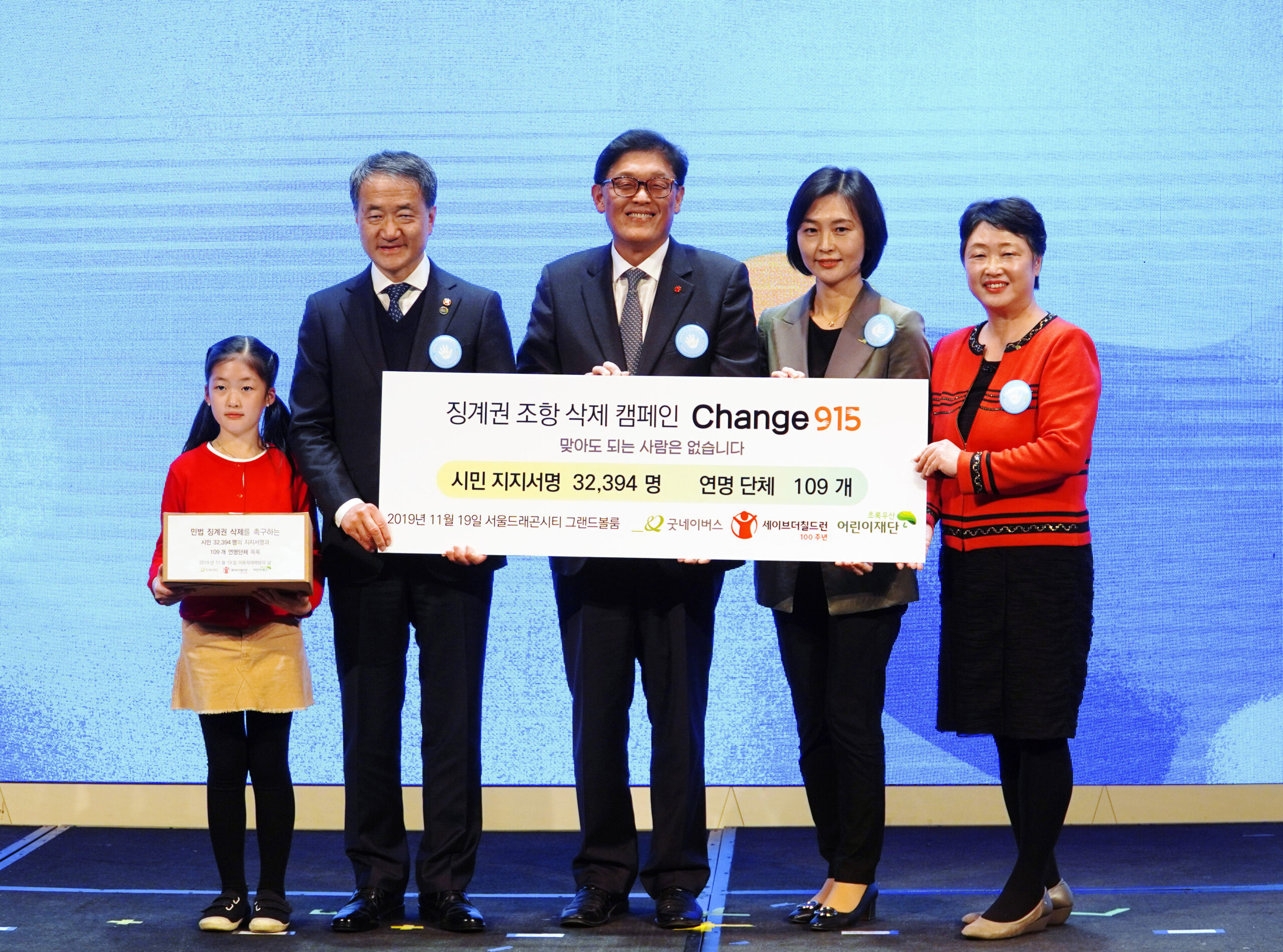 A petition against corporal punishment presented on the World Day of the Prevention of Child Abuse.

This law reform is the culmination of collaborative work between the Government of the Republic of Korea and its child rights partners. The campaign to prohibit corporal punishment was spearheaded by Save the Children Korea through its “Change 915: No one deserves to be hit” Campaign, launched in May 2019. In January 2021, the Government announced that a promotion campaign for raising awareness about prohibition of corporal punishment had been included in the “Complements of the Child Abuse Preventive System”.

With this law reform, Korea becomes the 62nd state worldwide, and the fourth in the Asia Pacific region, to realise children’s rights to protection from all corporal punishment.

With a child population of 9 million, prohibition in the Republic of Korea brings the total number of children worldwide protected by law from corporal punishment to 300 million. However, huge numbers of children around the world are still waiting for the realisation of their basic human right to protection from violent punishment, and we call on all remaining governments to enact prohibition without delay.

The Republic of Korea Prohibits All Corporal Punishment of Children.

Read our country report for the Republic of Korea here.

Find out more about global progress towards universal prohibition of corporal punishment here.