A new study reveals overwhelming evidence that physical punishment – the most common form of violence against children – makes children’s behavior worse over time.

The study, which was led by researchers at University College London in the United Kingdom and published by the Lancet on 28 June 2021, examines 69 previous analyses conducted across nine countries over the last two decades. Each of these studies were chosen because of their prospective longitudinal methodology; they followed children’s behavior – and their lives – over time.

The results of the study show that regardless of any external factors, including gender, ethnicity, race or geography, the links between physical punishment and negative child behavior remain consistent: when corporal punishment is used against them, children’s behaviour suffers. The study also proves that physical punishment is not associated with positive outcomes over time, and that, time and again, the practice is associated with other forms of child maltreatment.

“The growing consensus that hitting children is harmful and ineffective has led 62 countries to pass laws prohibiting physical punishment of children, and another 26 countries to commit to doing so.”

- Dr Joan Durrant, co-author of the study and a University of Manitoba expert on violence against children.

Read the full End Violence article about the new research. 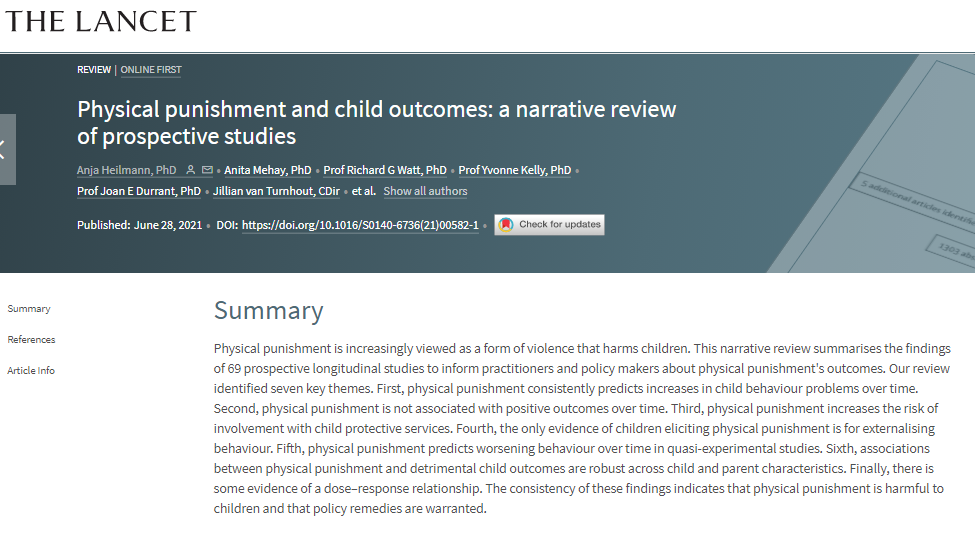