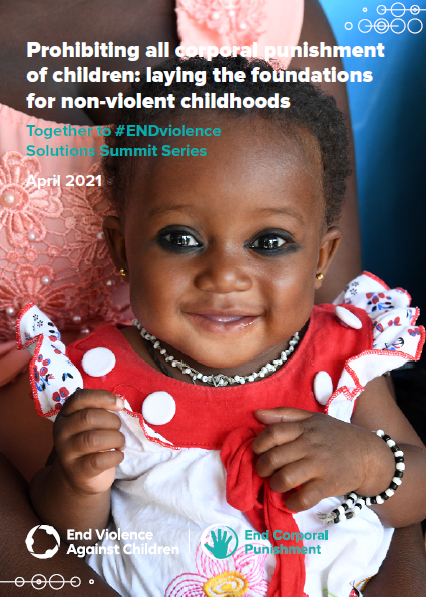 Prohibiting all corporal punishment of children: laying the foundations for non-violent childhoods

Violence against children is an epidemic of abuse. Over one billion children experience violence every year, with devastating short and long-term consequences.

Corporal punishment is the most common form of violence against children worldwide, leading to the injury and death of thousands of children each year. Its very widespread social acceptance means that a level of violence in childrearing is normalised, entrenching children’s low status in society and paving the way for other forms of abuse and mistreatment.

Government commitments to address violence against children, and in particular corporal punishment, have accelerated in recent years. The UN Secretary General's Study on Violence against Children in 2006 and the adoption of SDG Target 16.2 in 2015 have been key catalysts in realising progress for children. However, with 87% of the world’s children still lacking legal protection from violent punishment, there remains much to be done.

This report includes a state-by-state analysis of the legality of corporal punishment, documenting where full prohibition has been achieved, noting states with an active commitment to banning violent punishment, and listing those where action and commitment is still needed.

The report describes the current global context and key messages in order to #EndCorporalPunishment. It also amplifies the Together to #EndViolence corporal punishment policy proposals, and includes information about the measures needed to in order to make rapid progress on this essential issue for children.

With thanks to our partners for their assistance in producing this report, and appreciation to people everywhere working to #EndCorporalPunishment

Find out about the legality of corporal punishment in your country here.

Get involved in the global campaign to #EndCorporalPunishment