From Monday 21 March, 2022 all corporal punishment of children will be prohibited in Wales. This means that parents and other adults acting in a parental capacity will no longer be allowed to use physical punishment, giving children the same legal protection from violence as adults. This will make Wales the second nation in the United Kingdom to achieve this fundamental reform for children, and they will join 63 States worldwide who have banned all forms of violent punishment, representing a growing movement of countries and people who are committed to ending corporal punishment and building non-violent childhoods.

Corporal punishment of children is a violation of their human rights. Over 50 years of research shows that it is associated with numerous negative outcomes, including physical injury and other health impacts, atypical brain function, emotional harm such as depression, increased aggression, anxiety and low self-esteem, damage to the parent-child relationship, and damage to cognitive development and educational outcomes.

Despite the overwhelming evidence, only 14% of all children worldwide are protected by law from violent punishment, and it remains a common experience for huge numbers of children.

When it passed the Children (Abolition of Defence of Reasonable Punishment) (Wales) Act in 2020 the Welsh Government recognised that just enacting the legislation would not be enough. That is why they have taken important steps to put the law into practice. An innovative national communications campaign is one of the approaches being used to make sure that corporal punishment is eliminated across the country. It has been inspiring to see their thorough approach as they prepared for the new law to come into effect.

I talked to the Welsh Government about what they have done to prepare for and implement their new prohibition of corporal punishment.

Can you tell us how Wales came to prohibit corporal punishment of children?

Prohibiting physical punishment is a long-standing commitment of the Welsh Government.

The programme for government in the fifth Welsh Parliament, "Taking Wales forward" reaffirmed the Welsh Government’s intention to remove the defence of reasonable punishment. In this sixth Welsh Parliament we have remained true to our commitments to raise awareness and work with our partners to support the implementation of the law change.

We take pride in Wales that the UN Convention on the Rights of the Child (UNCRC) is central to our approach to give children the best start in life and help them achieve their potential. The Children (Abolition of Defence of Reasonable Punishment) (Wales) Act is firmly set within this context.

What has Wales done in that time to prepare for the ban coming into effect?

Guided by the evidence, we understood that for incidents of physical punishment to reduce over time we needed a three-pronged approach:

In addition, we have put in place arrangements to measure the impact of the legislation.

What were the key success factors and conditions that enabled this law to be developed, passed and implemented?

Firstly, we consistently and robustly articulated that the legislation is a matter of protecting children’s rights. The UNCRC recognises that any physical punishment of children is incompatible with their human rights. We were not swayed off course by counter arguments, many of which would not be justified if we were talking about the assault of adults.

Secondly, we invested time and resources into getting good quality robust evidence to help determine the likely impact of the legislation and what mitigating activity might be needed.

Thirdly, pivotal to the smooth passage of the Bill through the Senedd and key to our implementation activity has been stakeholder engagement. Many people have contributed their time, energy and knowledge towards achieving the change in the law and successful implementation.

How has this work been coordinated within the Welsh Government? Was there a lead department? And have there been other important partners?

The Deputy Minister for Social Services, Julie Morgan MS is the lead Minister and has campaigned for many years for children to have equal protection from assault as adults. A small team in the Children and Families Division, Welsh Government provide project management, policy development, communications, monitoring and research.

We have been extremely grateful for the input of a range of stakeholders on our Strategic Implementation Group and 3 task and finish groups.  This includes representation across key sectors, including health, education, local authorities and social services, the police, Crown Prosecution Service, Youth Justice and third sector. We are very grateful for their determination to work collaboratively implementing the Act.

You have had a very proactive communications campaign to accompany the change in law. Can you tell us what you did?

Communications must be engaging if you want people to listen to and understand your message. It’s important to shape, develop and refine that message by listening.

From the out-set we were committed to two key principles.

Firstly, engagement would underpin every phase of communications. We wanted to take people with us and ensure stakeholders were briefed and had the information they needed prior to the law change.

Secondly, it would be an inclusive campaign. We wanted to engage with communities where there may be barriers to communication and who are often over-looked as a consequence.

We developed a multi-phased, integrated, engagement and communications strategy, based on these principles. The extensive campaign includes TV, radio, print, out-of-home and digital advertising. In addition, a leaflet has been delivered to every home in Wales outlining what individuals need to know about ending physical punishment of children in Wales. 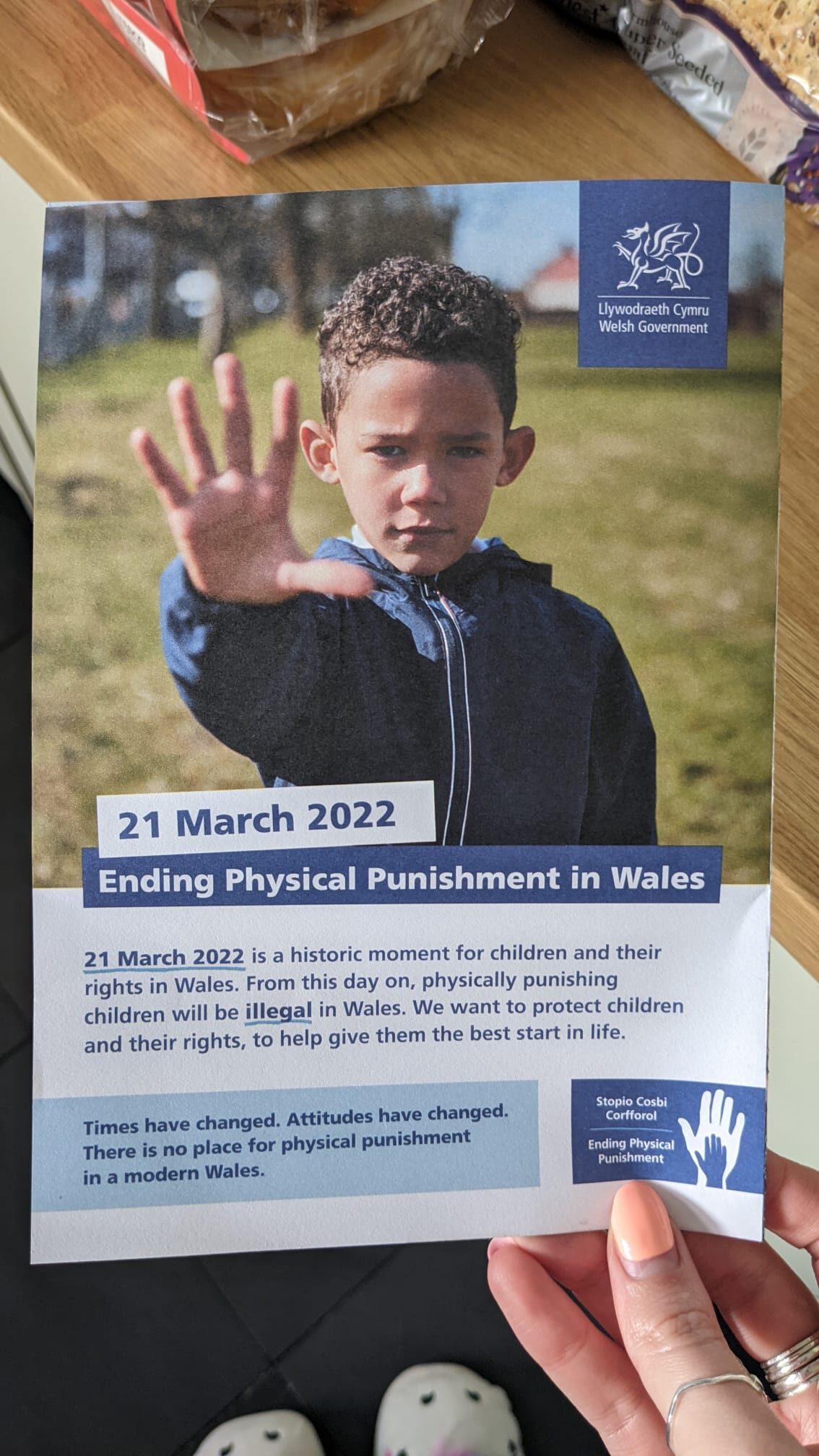 Can you tell us about other measures that are accompanying the ban on corporal punishment? (For example, will there be support for parents and others to adopt non-violent childrearing methods?)

Our campaign will signpost parents to the  support we’re already providing through our Parenting. Give it Time campaign, health visitors, and our family support programmes, such as Flying Start and Families First. Up to £2.4 million, over the next three years, will be available to Welsh local authorities to fund out-of-court parenting support as a rehabilitative alternative to prosecution in cases where the police are involved. In addition, just under £500,000 was allocated to develop this support in the 2021-22. This support will encourage and support parents in adopting positive parenting techniques while making it absolutely clear that the physical punishment of children is unacceptable in all circumstances. 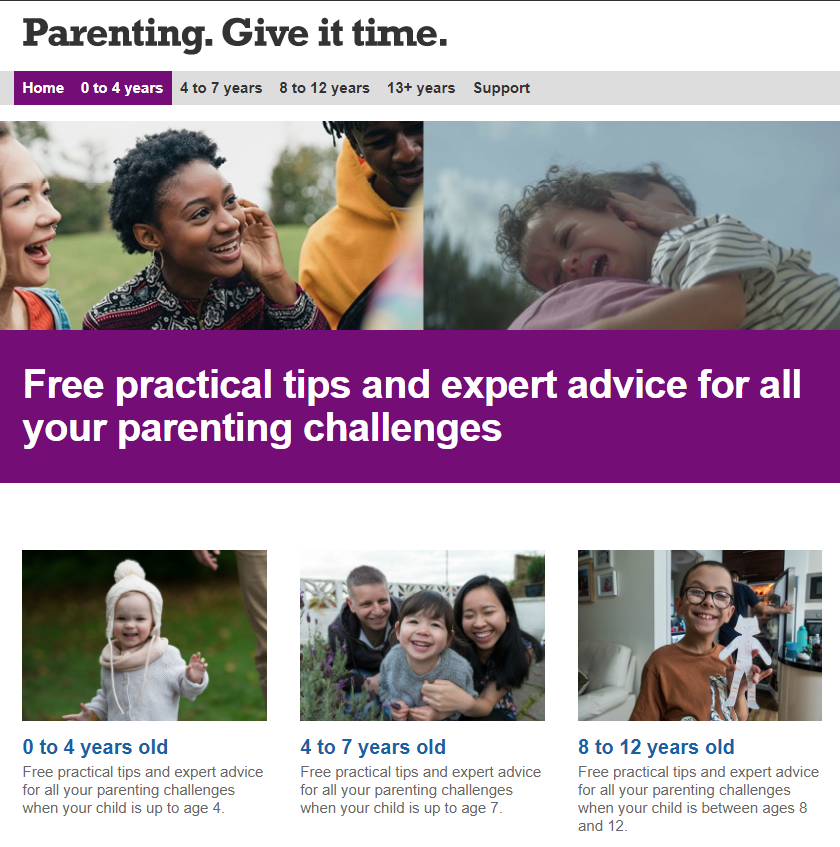 Will you be keeping track of the impact of the new law?

The Act places a duty on the Welsh Government to produce a post implementation report 3 years and 5 years after the Act comes into force. This will include monitoring the impact on public services, levels of awareness and changes in attitudes.

Have there been any challenges as you prepared for the ban to come into force?

Like all nations we have faced the challenge of responding to the Covid-19 pandemic which has meant revising our plans accordingly.

There have been a range of challenges during the implementation period but by working closely with our partners we have found solutions.

What have you learnt throughout this process? And what are you proud of?

From introduction of the legislation in March 2019 to commencement in March 2022 our stakeholders have been key to the process.

We are very grateful to members of our implementation groups for committing their time and knowledge to work collaboratively with us. These groups have achieved a huge amount since the first meeting in May 2019:

Thank you so much for answering all of my questions! I think other countries will find it really helpful to learn about your approach and experience as they also think about the most effective ways of prohibiting and eliminating corporal punishment of children.

As we approach the International Day to #EndCorporalPunishment on 30 April we call on all remaining governments to take action to prohibit and eliminate violent punishment of children. Find out how you can get involved with our advocacy pack that includes key resources, messaging and a social media kit to spread awareness and campaign for ending all forms of corporal punishment.

Learn more about the global efforts and progress being made to end corporal punishment.

Read our country report on the United Kingdom, which includes legality in Wales, Scotland, Northern Ireland and England.