A new study[1] carried out by researchers led by Kreshnik Burani at Florida State University sought to increase understanding of the neural impacts of corporal punishment.

The researchers studied 149 girls and boys aged 11-14 years in the United States. Participants were asked to complete a video game task and a monetary guessing game, while an electroencephalography (EEG) measured brain-wave activity from their scalp. From the EEG data each participant was given two scores – one for their neural response to errors and another for their neural response to reward.

Two years later the participants and their parents completed a questionnaire assessing the adolescents for anxiety and depression and determining parenting style and behaviour.

As predicted by previous research, participants who had experienced corporal punishment were more likely to show anxiety or depression. They were also more likely to have a larger neural response to error and a smaller response to reward.

In other words, this study shows that children who have been subjected to corporal punishment are more sensitive to making mistakes – consistent with anxiety - and less responsive to receiving rewards or other positive events in their environment – consistent with depression and lower mood.

Find out more about what 50 years of research tells us about corporal punishment. 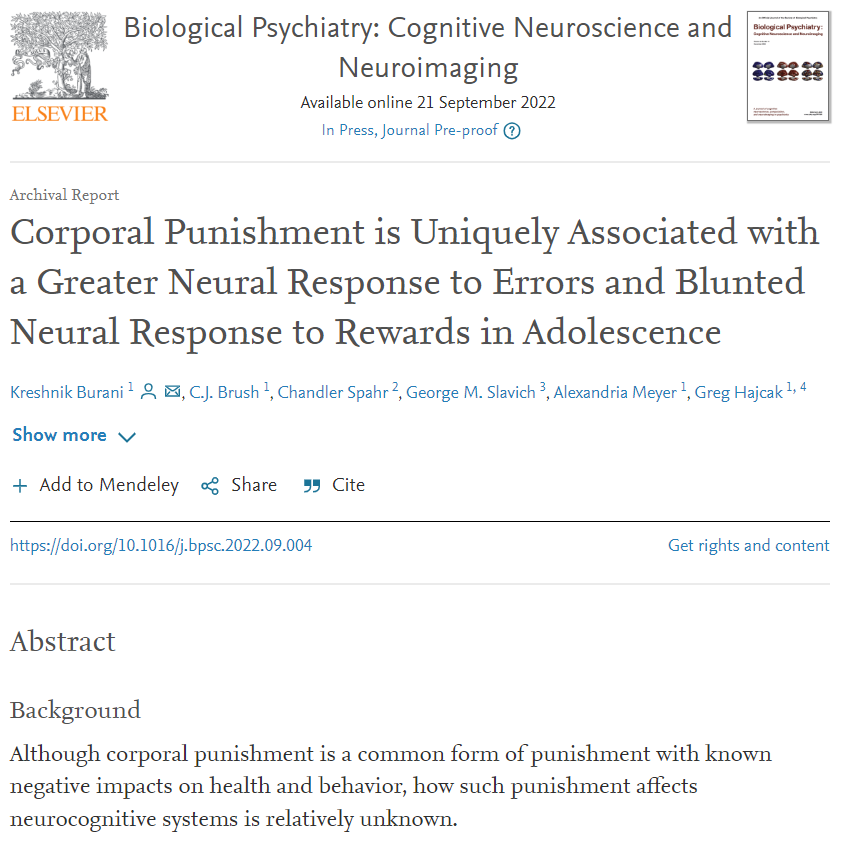