On 25 September 2022, a referendum was held in Cuba to approve the Family Code 2022 which provides more protection for children and adolescents. The new Code was approved by over 66% of voters.

Article 146 of the Family Code prohibits the use of corporal punishment in any form, humiliating treatment or the use of any other form of violence or abuse against children and adolescents. The Family Code bans any act which injures or undermines children physically, morally or psychologically. It also states that the exercise of parental responsibility must be respectful of the dignity and physical and mental integrity of children and adolescents.

With this major law reform, Cuba become the 65th state worldwide to achieve prohibition in the home and 72nd state in alternative care settings.

The Family Code represents a very significant advance for children’s rights and protection in Cuba, however corporal punishment is not yet expressly prohibited in the education system and childcare and therefore Cuba cannot yet be added to the list of states achieving full prohibition of all corporal punishment of children. We understand work is ongoing to address this legislative gap and hope to be adding Cuba to the list of fully prohibiting states very soon.

In terms of implementation measures, the Government and its partners are now planning to carry out nationwide training actions with parents and caregivers, as well as professionals.

Other measures included in the Code

As well as prohibiting corporal punishment, the Code enacts many other important progressive reforms. For instance, under the new law, parents have ‘responsibility’ for, rather than ‘custody’ over children; the minimum age of marriage is raised from 14 to 18 and penalties for domestic violence and elder abuse are enshrined.

The new Family Code took shape through a participatory process that involved 6,481,200 people, or around 75% of the Cuban electorate. Over 25 drafts of the law were produced following nearly 80,000 neighbourhood meetings and well over 400,000 public proposals. 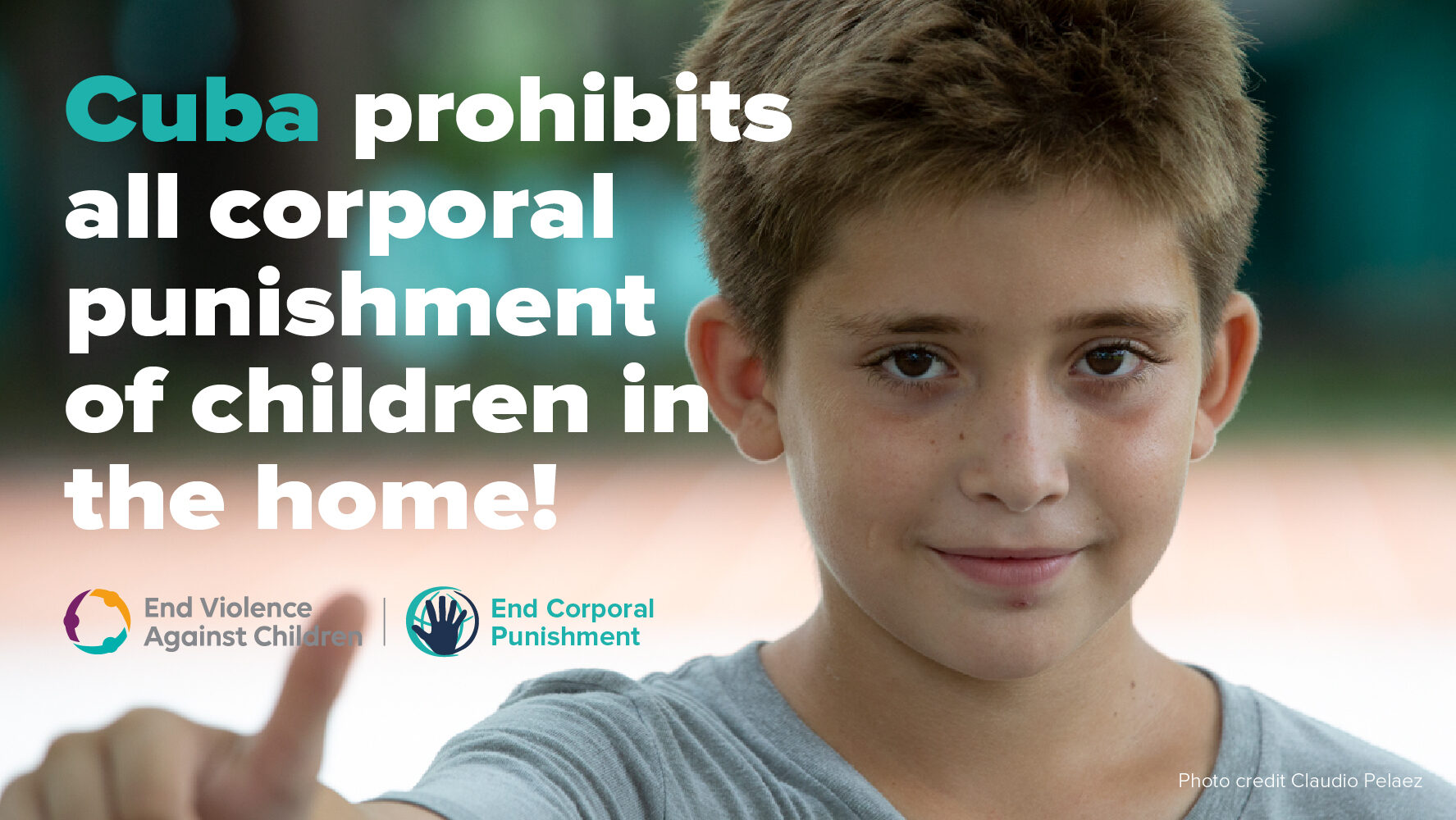 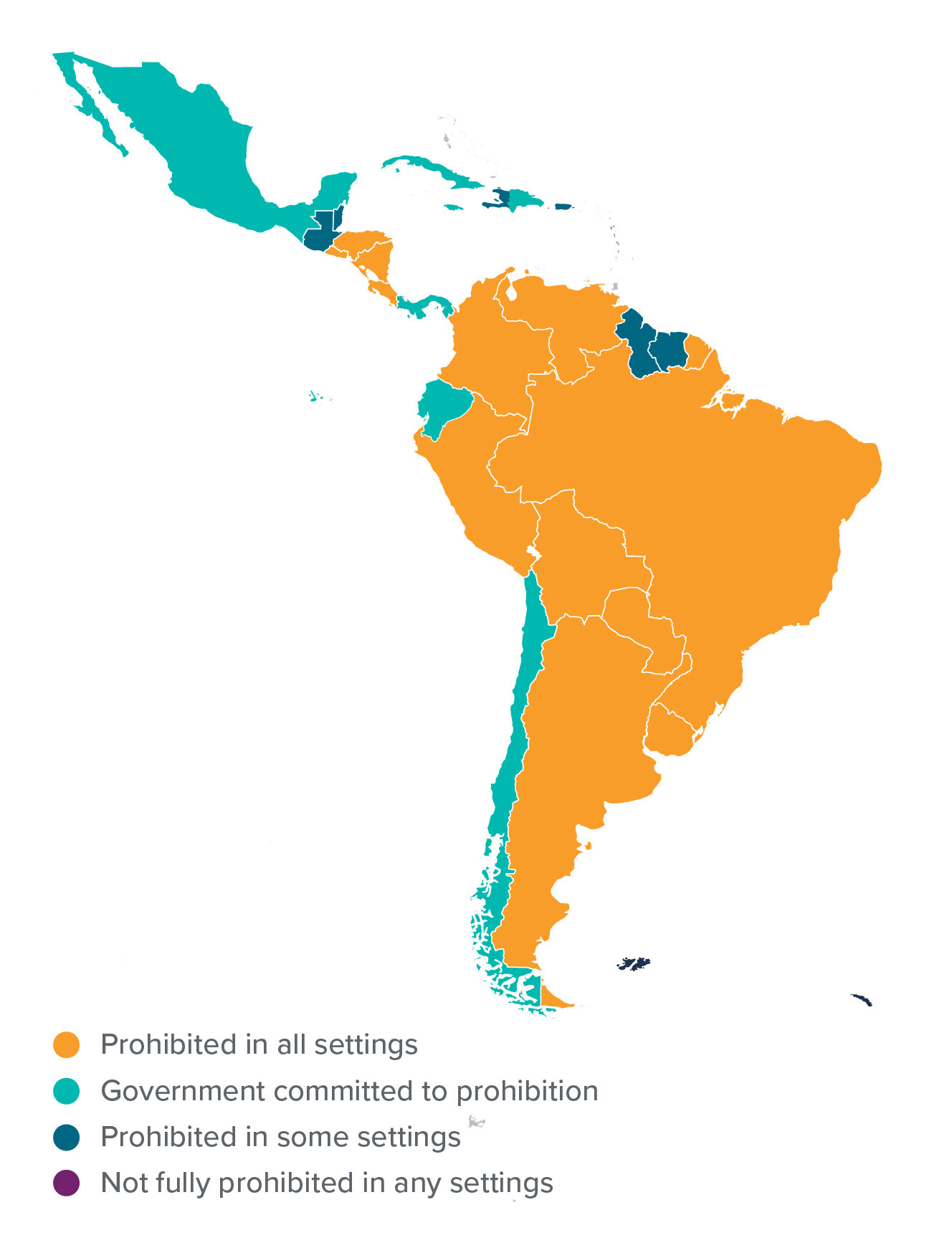 We congratulate Cuba on the achievement of this essential reform, marking a vital step forward for Cuba's 2.2 million children, and bringing the country one step closer to achieving full prohibition of all corporal punishment!

We support the ongoing efforts of the Government and its partners to prohibit corporal punishment in the two remaining settings of children's lives - schools and day care - and hope to be able to announce that full prohibition has been achieved very soon!

Read our country report for Cuba

Read about progress in Latin America

Find out about global progress to prohibit corporal punishment 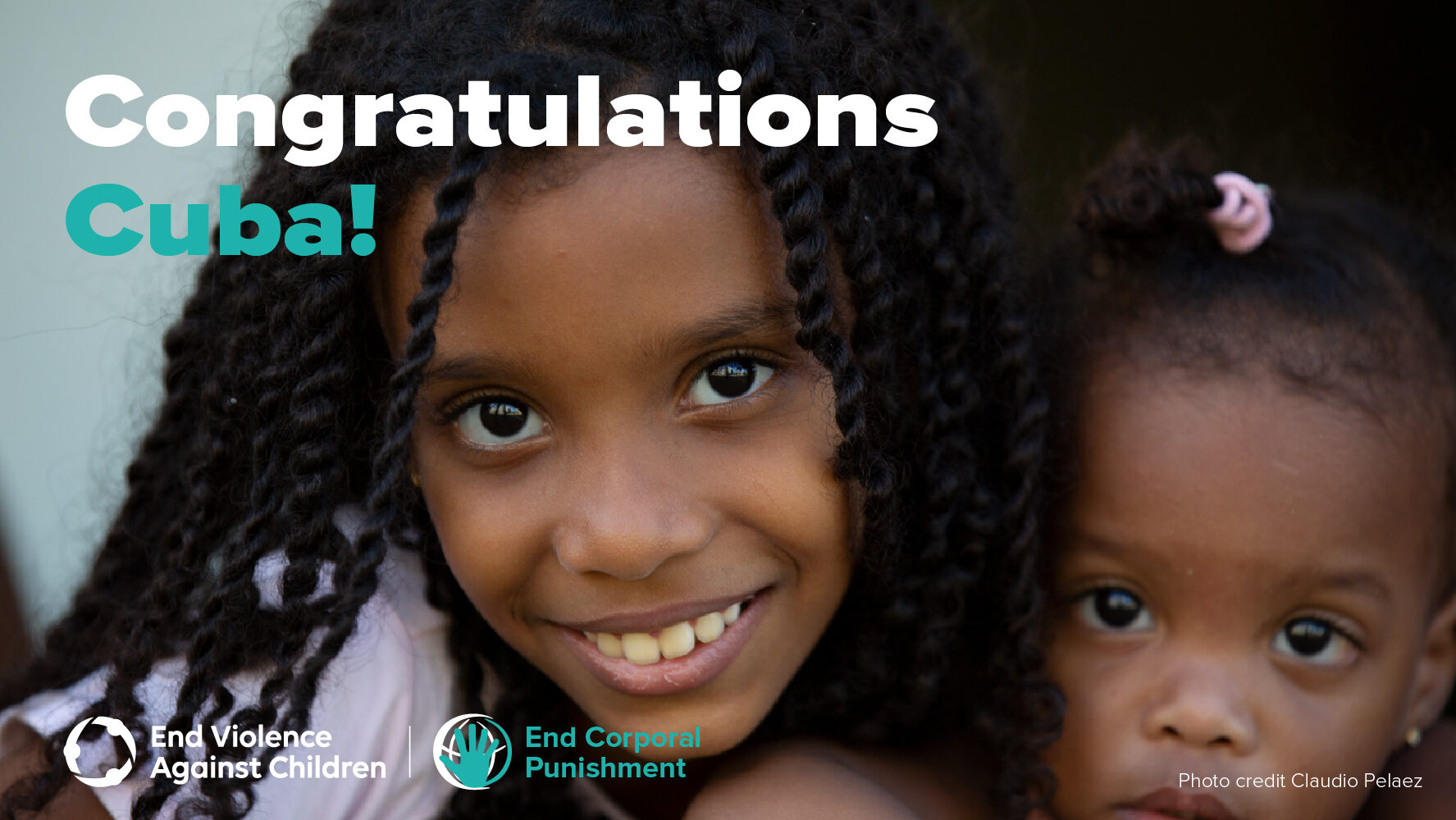 Previous PostNew study confirms that corporal punishment increases the risk of developing anxiety and depression in adolescents, and illuminates how altered brain activity leads to this outcome
Next PostCommittee Against Torture issues recommendations to Australia, Somalia and Uganda