As 2019 draws to a close, it seems timely to reflect on the year and what has been achieved – the successes and milestones in achieving real change for children around the world and our own milestones as an organisation, but also the challenges we have faced and what lies ahead in 2020.

Early in the year, our team spent a week together defining our new strategy and work plan for 2019-20 and beyond. Our focus for 2019 was on growing our network and expanding on the resources and support we provide to encourage national action against corporal punishment. To this end, in 2019, we published a short guide to law reform, our FAQs in Japanese and Vietnamese and a new Asia-Pacific newsletter and we expanded our website to include an interactive map on corporal punishment in schools, guest features and sections on each region. We also launched websites in French, Spanish and Portuguese, which include relevant country reports and information on global progress, human rights mechanisms and more, and we are preparing to launch similar sites in Arabic, Chinese and Russian soon. We provided bespoke technical assistance to many national partners, including legal analysis and support drafting prohibiting legislation, and held law reform workshops in Indonesia and Cote d’Ivoire.

We reaped many rewards from this work throughout the year, as we saw a succession of full prohibitions achieved in Georgia, South Africa, France and Kosovo, meaning that 58 states worldwide have laws that fully protect children from corporal punishment. Corporal punishment was also prohibited in nine territories (eight French and one UK, making 16 worldwide), in Scotland (UK), in alternative care in Namibia and as a sentence for children convicted of an offence in Zimbabwe.

But we have also had considerable challenges and setbacks. In February, the President of the Philippines vetoed the Positive Discipline Bill that would have protected children from corporal punishment. This forces us to think and act in new ways to support local child rights advocates who have campaigned for this change since 2003, saw it introduced and debated every year since 2012 and finally pass all stages in December 2018. We must also adapt to a changing global context, which has seen pushback against human rights in a number of countries and the promotion of what are portrayed as traditional “family values” that favour submission and silence over human rights for family members.

On the other hand, a record number of governments have publicly committed to ending violence against children, including Pathfinding countries and signatories of the #SafetoLearn campaign. But some of these and other governments still do not acknowledge the urgent need to prohibit corporal punishment in all settings – in some cases, it is still not acknowledged as violence or a violation of children’s right to protection from violence.

This year, we have undertaken a review of the states we consider “committed” to prohibiting corporal punishment of children. A state’s commitment to prohibition has always been assessed on a variety of factors and based on their individual circumstances and national context. But in order to be meaningful, it must be reviewed. Some states publicly committed to law reform to prohibit corporal punishment up to 12 years ago and have taken little or no action since – some have even backtracked on their commitment or made statements in support of violent punishment. Reviewing the 54 states currently considered committed has been a slow and challenging process. It has been informed and supported by our many partners worldwide and is almost complete – but there is still time to contribute. Check whether your state is committed, read our report on your state and let us know if there is anything you think we should take into consideration. Our revised list of committed states will be published in our annual global report early next year.

In a time of increasing scarcity of funding for NGOs of all sizes, is it still so important to invest in ending corporal punishment, as a pervasive and often accepted form of violence against children. The continued existence of corporal punishment has a huge knock on effect on other forms of violence in society and the cost of failing to tackle it are immense. UNICEF has estimated that Nigeria loses $6.1 billion of its earning to violence against children.

The Global Initiative, as a small but effective NGO working exclusively on corporal punishment, needs your help now more than ever.

Donate to support our work

We are committed to addressing these challenges and catalysing progress to prohibit and eliminate corporal punishment in 2020. But we cannot and do not do it alone. We work in partnership with key actors worldwide, contributing to global groups, forums and campaigns, and supporting national stakeholders who are prioritising children to move their communities forward. We also rely on our global network of committed partners to help us gather information, expand our reach and mobilise support. This year, we have grown our supporter base to 1,300 individuals and organisations across the globe. This includes international and national NGOs, faith leaders from all world religions, academics, professionals, parents and teachers committed to children’s rights and healthy development.

Through this large and diverse global network, we encourage collaboration and learning from each other’s successes and setbacks, and we establish partnerships for sustained activity. But most importantly, we show strength in numbers. Will you add your name to show governments around the world that you support children’s right to the same protection from violence as adults?

We will continue to grow and galvanise support to #EndCorporalPunishment in 2020, focusing on a number of key events, including the next High Level Global Conference on the Universal Prohibition of Corporal Punishment in Tunis, hosted by the Tunisian Government, and the second End Violence Solutions Summit. Next year, we will have just 10 years to achieve the Sustainable Developments Goals (SDGs). It is crunch time for children as the changes that are urgently needed take time. If we want to end all violence against children (Target 16.2) and achieve good health and well-being (Goal 3) and quality education (Goal 4) we must transform attitudes and practices that condone violence in raising and educating children. If we want to achieve gender equality (Goal 5) and reduce inequalities (Goal 10) we must address the particular vulnerability of, and impact of violence on, girls, children with disabilities and children in conflict or migration.

This process starts with law reform. A legal and policy framework that allows children to be hit in the name of “discipline” or “education” undermines child protection and children’s rights. It ignores over 50 years of research showing the negative impact of corporal punishment on health and well-being, as well as wider societal violence. Law reform to prohibit its use in all settings, including the home, coupled with positive measures to help parents and teachers understand and adhere to the law, has been shown to help reduce its use.

If Governments are to achieve real reductions in children experiencing violent “discipline” at home by 2030 (Indicator 16.2.1), they must take urgent action. Corporal punishment remains lawful in the home in 141 states, in some or all schools in 67 states and in penal institutions in 59 states. The Global Initiative has the tools and resources to help ensure effective law reform, and we stand ready to support governments and civil society partners working towards this goal throughout 2020 and beyond.

Find out how you can help 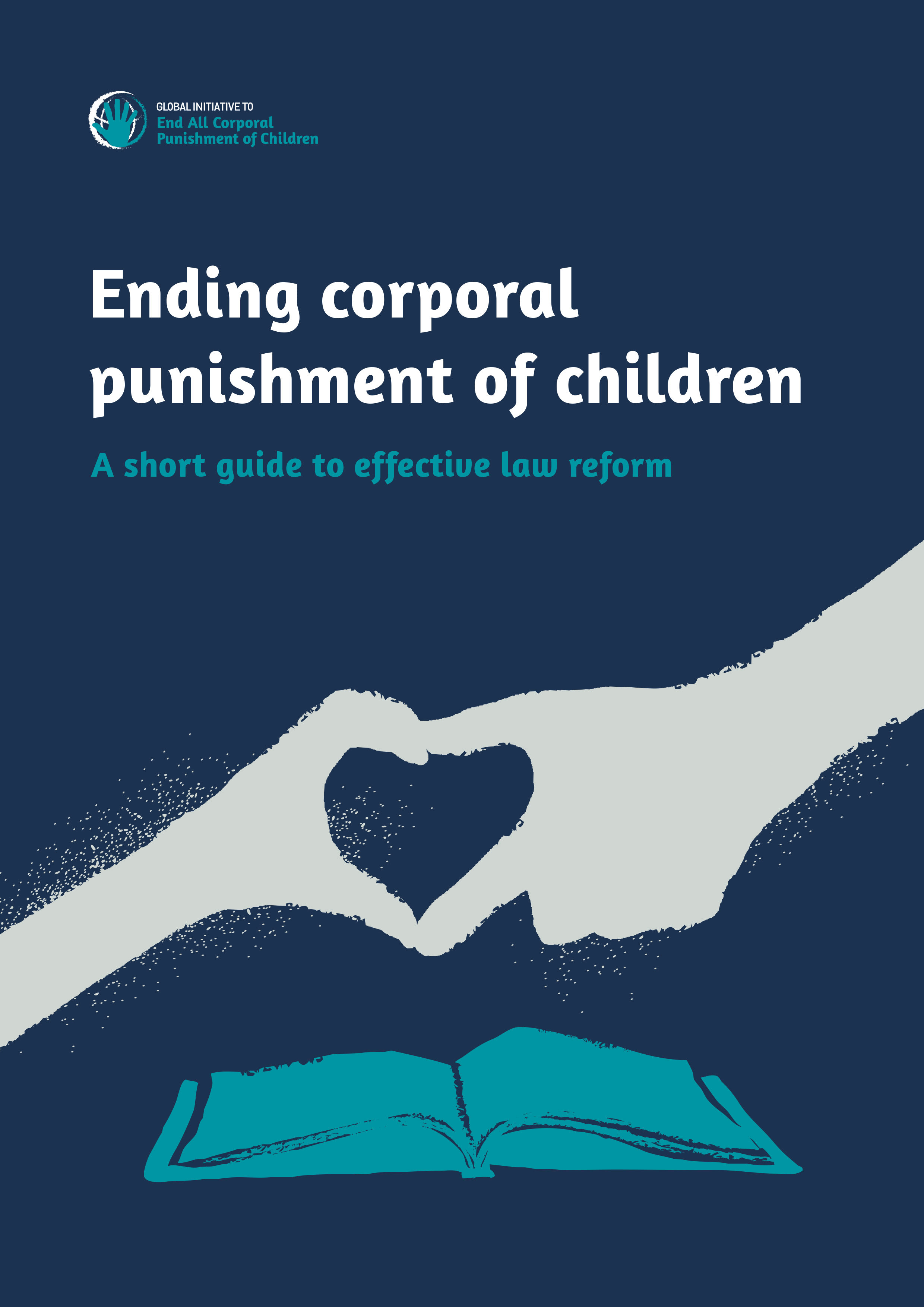 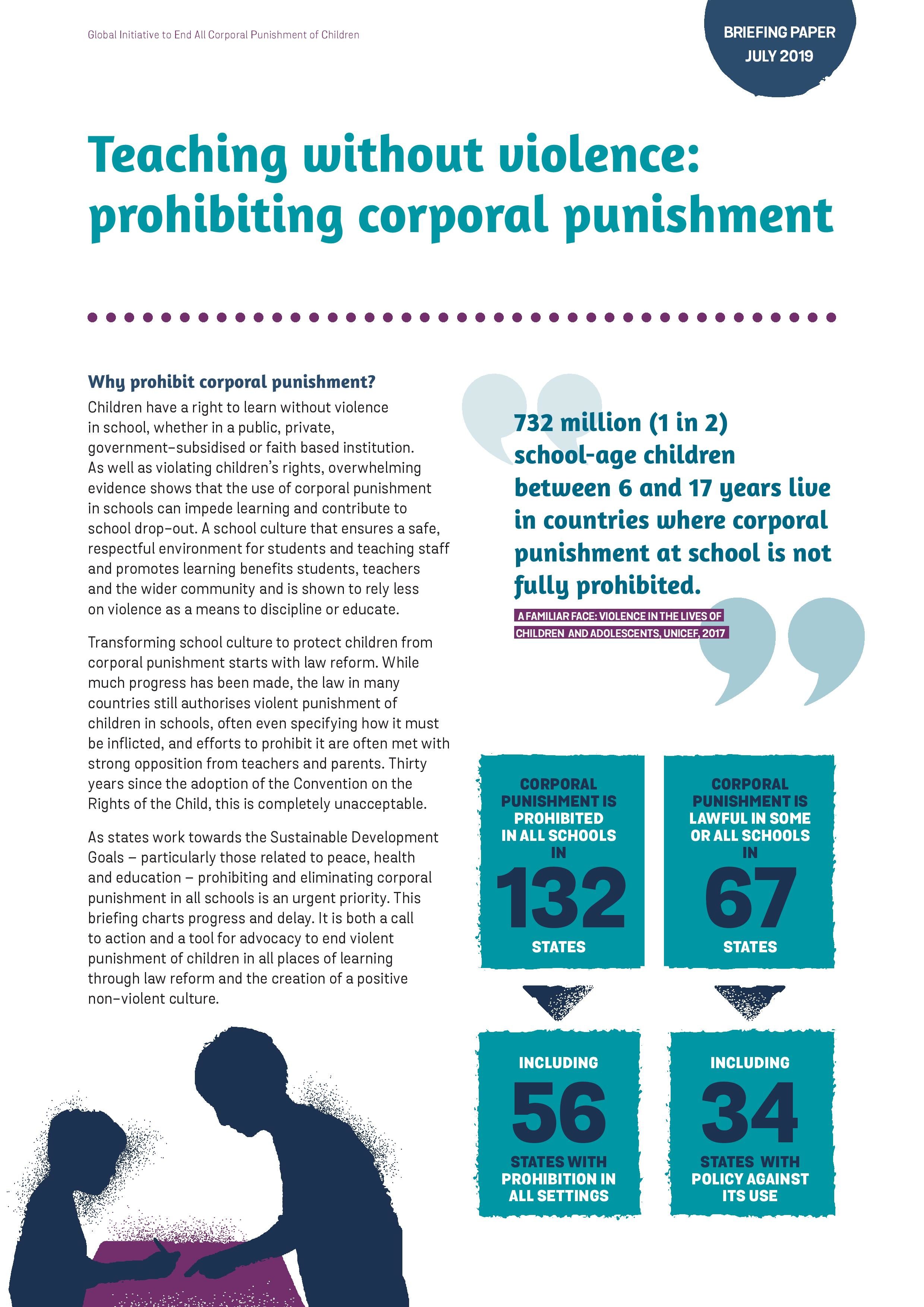 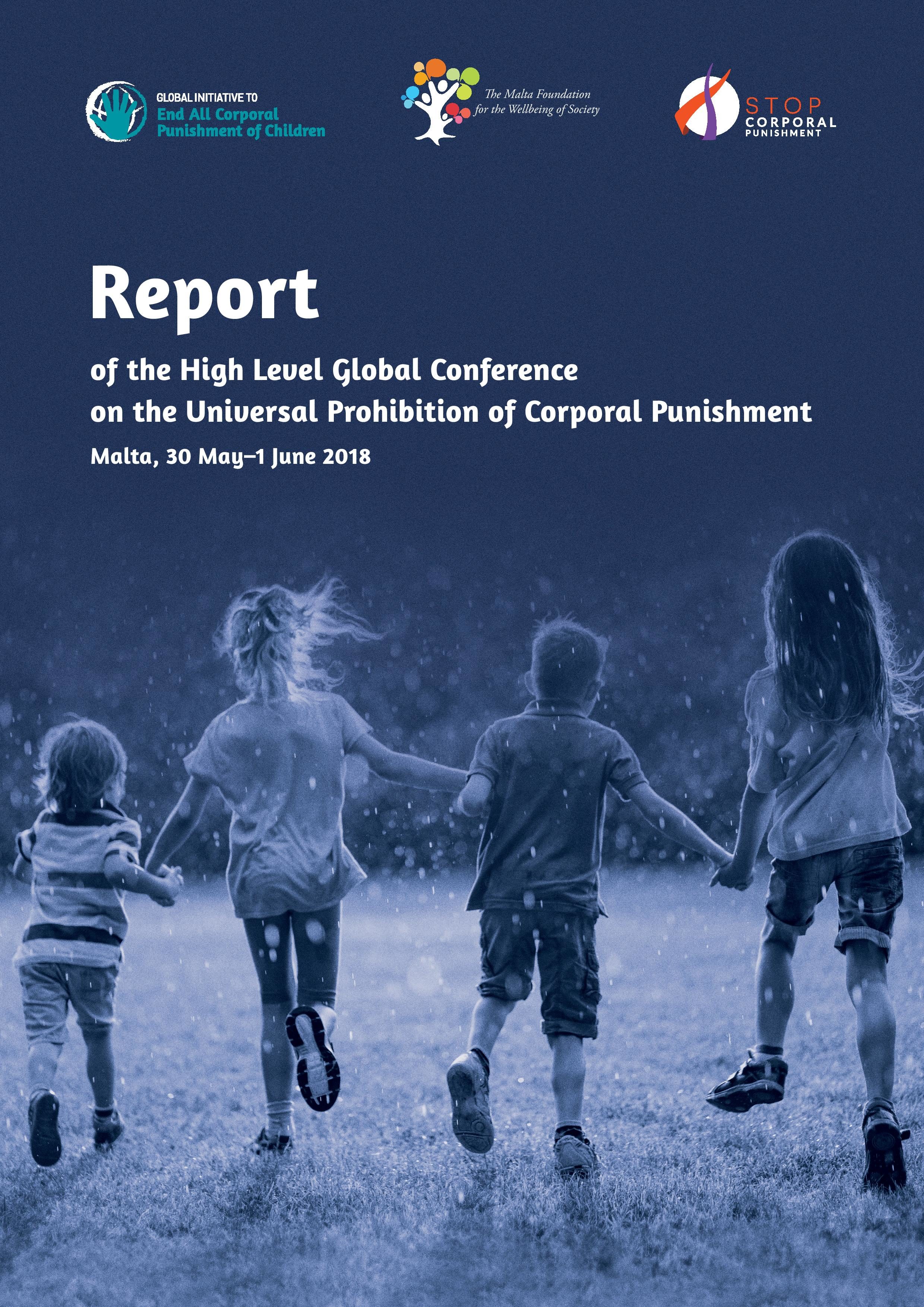